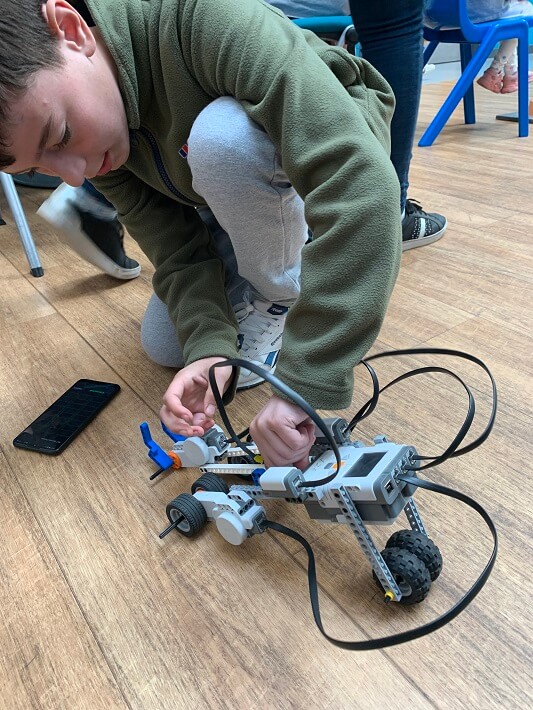 Learn to fly a drone and other cool stuff

The coder Dojo meetings happen once a month when FabLab Warrington opens their doors to people of all ages to do loads of fun stuff like building robots and flying drones. These free events run at the Beamont Collegiate Academy in Warrington.

Plenty of things going on at the dojo, including racing a remote control sphere around a maze. Learn to paint with acid and alkalines on ph paper in the mad science room, or make a short animation project with stop motion lego.

Have a go flying a small drone at the dojo. They fly indoors where they can’t be blown about by the wind or battered by the rain. Learn to control them, land and take off, and then special moves like backflips just to show off! The college has three small drones in case one breaks, although most of the time they can be put back together quite easily and without damage.

The College have a licence to operate a large drone that can be flown outside within the boundaries of the college. Everyone has a chance to fly it, even those that haven’t flown one before, you just book a time slot and the training is provided. The rotation of the blades allows the drone to adjust to outside conditions such as the wind, allowing it to fly high up and over the sports hall and floodlights. Try not to lose the drone because it flies so high after a while you will struggle to even see where it is!

The children are kept busy building robots out of lego type parts from the buckets and then it's all hooked up to a smartphone to see the robot in action. They can even arm their robot with flippers like they do in Robot Wars.

The computer suite is available to Minecraft gamers where it's possible to just drop in and start playing on one of the many computers so no queuing up to play. For those patient enough to wait for a turn, there’s also a chance to play on the VR game equipment and whizz around some light sabres in virtual reality.

Follow the Warrington FabLab Facebook page for future dojo events. You can turn up on the day or book in advance to avoid disappointment. Places are free and children need to be accompanied by an adult at all times. 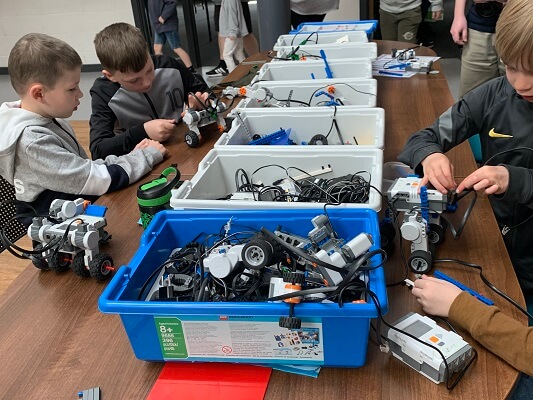 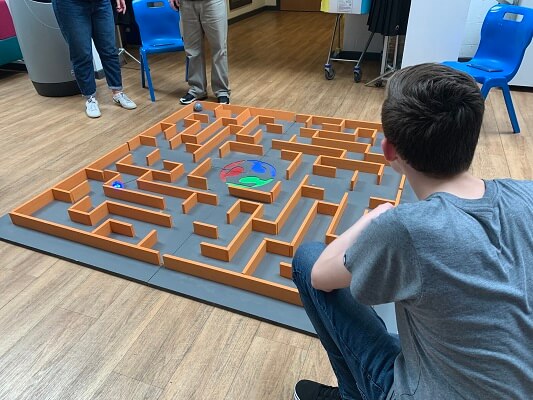 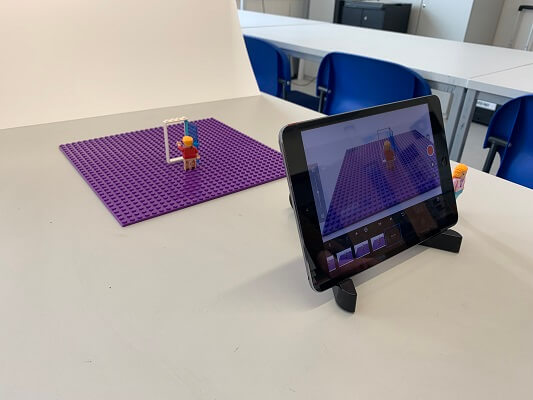 With state of the art 3D printing, laser cutting and CNC machines and much much more to offer, Fablab provides open workshops with all the facilities you need to start that special project you’ve always wanted to get off the ground. The friendly and knowledgeable team at Fablab have helped local people and business make, build and design everything from kitchen cabinet doors, creative projects, bespoke furniture, and prototypes for new start-up businesses. Don’t worry if you are new to design and technology or just want to try things out for fun, the Fablab team will guide and advise you on how to use the equipment for what you need to make.

Fablab is open Tuesday, Wednesday, and Thursday 3pm-8pm and Saturday 9:30am-4pm at Beamont Academy on the A50 Long Lane, Warrington. Visit their website for more details http://fablab.warrington.ac.uk/